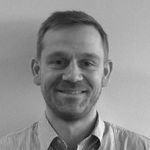 Something's brewing over at the Microsoft ASP.NET team and it smells good.

On the 12th of May 2014 we were served a pre-dinner snack in the form of ASP.NET vNext in an alpha version.

It was served at TechEd 2014 by Scott Hanselman, Scott Hunter and David Fowler in the three presentations which are linked below.