Entity Framework Code First - Where is my database

So you have started up a code first project using Entity Framework - You're happily coding along but at some point you probably want to know where your database is.

Since all of the wiring up of the database happens automatically when you're running the update-database command you might not be aware of where it is.

If you're reading this, chances are that you're running SQL Server Express LocalDB because that is what Entity Framework chooses for you out of the box. This article focuses on locating instances and files for LocalDB - Let's get on with it...

Connect to LocalDB through Server Explorer

You can connect to your LocalDB through the Server Explore in Visual Studio. Depending on whether you're using SQL Server 2012 or 2014/2016 the instance name differs. 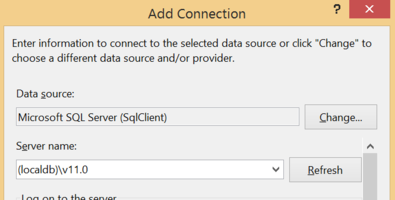 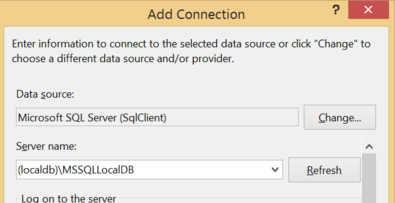 You can also connect using SSMS in the same manner.

Not much to this if you know where to look.

By default LocalDB files are located in

Hopefully you have now found your database - Happy coding

This update link alerts you to new Silvrback admin blog posts. A green bubble beside the link indicates a new post. Click the link to the admin blog and the bubble disappears.